The kingdom (Sibayak) of Kutabuluh. A kingdom of the Karo People, part of the Batak People. Located on Sumatera, in the District of Karo. North Sumatra Province. Sultan Iskandar Muda from the sultanate of Aceh (1607-1636) inaugurated 4 (four) traditional kingdoms called Sibayak.

History of the kingdom of Kutabuluh, 17th century

Karo Regency was in the past a part of the Kingdom of Aru. 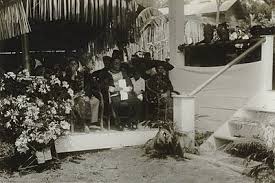 The districts in North Sumatra which are colored, have a majority of Batak population