The Kingdom of Benua Tunu was located on Sumatera, District Aceh Tamiang, province of Aceh. This kingdom existed 1558 – 1945. 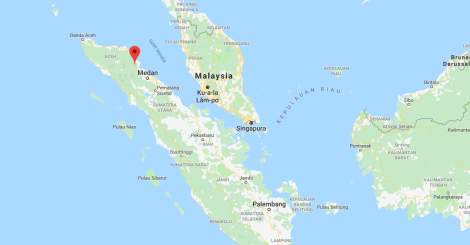 Kingdoms in the Tamiang / Aceh region

History of the kingdom of Benua Tunu

At the end of the reign of King Po Dinok (1330), a group of preachers sent by Sultan Ahmad Bahian Syah bin Muhammad Malikul Thahir (1326-1349) from Samudera Pasai arrived in Tamiang. The arrival of the preachers did not get a positive response from King Po Dinok. He attacked the group which caused himself to die on the battlefield. After the group of preachers entered Tamiang and carried out religious da’wah, many Tamiang people converted to Islam. Based on the agreement between Sultan Ahmad Bahian Syah and the aristocrats and people of Tamiang who had embraced Islam, Sultan Muda Setia was appointed as Sultan I of the Benua Tamiang Sultanate (1330-1352) to lead the country. He was the first king, who laid the foundations for the Sultanate of Banua Tamiang.
The sultanate of Banua Tamiang had the following kings:
Raja Muda Sedinu: 1352–1369
Raja Po Malad: 1369–1412
Raja Po Kelabu: 1412-1454
Raja Po Kandis: 1454-1483
Raja Po Garang: 1483-1528
Raja Pendekar Sri Mengkuta: 1528-1558

During the reign of Pendekar Sri Mengkuta, the Tamiang Kingdom was split into (1558) two small kingdoms, namely the kingdom of Karang and the kingdom of Benua Tunu.
These two kingdoms were each led by descendants of Raja Muda Sedia and Muda Sedinu.

The kingdom of Benua Tunu was built on the ruins of the City of Benua Raja, which was led by the King Gempa Alamsyah (1558 – 1588).
The kingdom of Karang was led by King Fromsyah (1588 – 1590) centered in Menanggini.
These two small kingdoms were subject to the Tamiang kingdom at Pantai Tinjau (Raja Pendekar Sri Mangkuta).

After Raja Sri Mangkuta died, during the reign of King Penita (1699 – 1700)  descendants of the King of Gempa Alamsyah, who ruled Benua Tunu and Raja Tan Kuala (1662 – 1699) a descendant of King Fromsyah ruled Negeri Karang

Currently the Istana Benua is still well maintained. Because the Palace of the king of Tamiang is still inhabited by the lineage of the Kingdom of Benua Tunu.
The palace is located is in Desa Benua Raja, Rantau District. 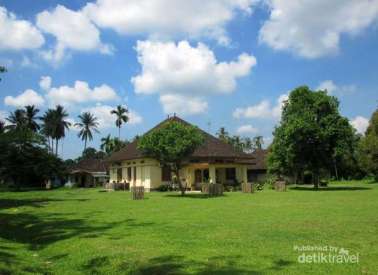 Map of Aceh, 1646. Achem, from ‘Livro do Estado da India Oriental’, an account of Portuguese settlements in the East Indies, by Pedro Barreto de Resende