* Line of kingdoms on Bali: link

In Bali, the king’s official residence is called “Puri Agung“. The existence of Puri Agung Tabanan is related with Kenceng Arya, who is believed to have participated with Gajah Mada, when Majapahit Empire conquered the kingdom of Bedulu in Bali in 1343.
Dalem Sri Kresna Kepakisan, who became King of Bali, and was seated in Samprangan, then gave power to Aryan Kenceng to rule Tabanan; the center of the kingdom was Puri Agung, located in Pucangan (Buahan), Tabanan.
On 29 September 1906 sons and brothers of Puri Dangin Tabanan, of Puri Pemecutan Tabanan and of Puri Denpasar Pemecutan Tabanan were exiled to Sasak Lombok: Puputan Bali (massal suicide).
Now descendents of Cokorda Ngurah Ketut live in the Puri Agung of Tabanan. I Gusti Ngurah Putu (Son of Putera Sirarya Ngurah Agung Tabanan, Raja Tabanan the XX) is from Puri Pemecutan in Tabanan.

There are 3 palaces in Tabanan

Puri Agung Tabanan is the name for the residence (Balinese: puri) of the King of Tabanan.
In the time of the kingdom, the king’s living place was called “Puri Agung”. The existence of Puri Agung Tabanan is related to the figure of Arya Kenceng, who is believed to come along with Gajah Mada when Majapahit conquered the Bedulu Kingdom in Bali in 1343.
– Sumber: https://id.wikipedia.org/wiki/Puri_Agung_Tabanan 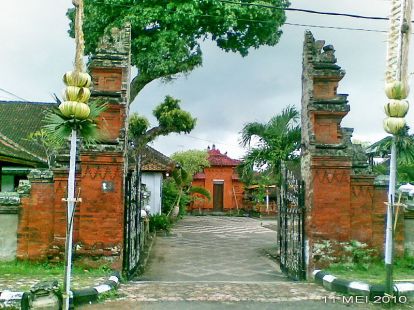 Puri Anom Tabanan was founded during the reign of Ida I Gusti Ngurah Ngurah Agung Tabanan, the 19th king of Tabanan, who ruled in 1810 – 1843. He ordered his young son (Anom) to build a new palace just north of the royal castle (at the former location of Puri Mas, Puri Raja Pemade I Gusti Ngurah Anom) so it is possible that led to the palace was later referred to as Puri Anom which can be interpreted as the Puri Muda or also the new Puri. Since then until now the castle is used for residence and family activities of the Kings of Tabanan. 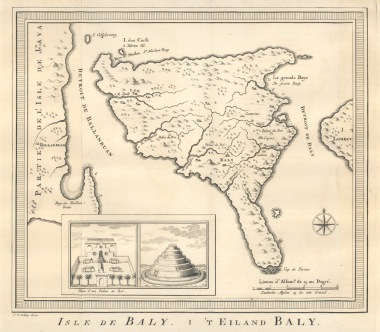