Location of Thie on Rote 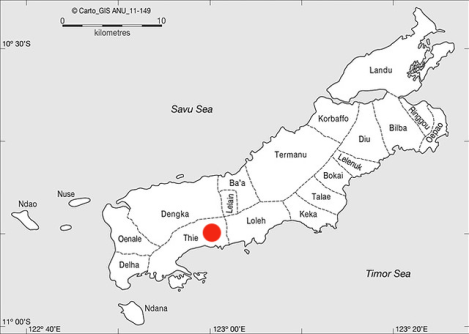 Palace of the king of Thie

Palace of the kingdom of Thie

Palace of the manek (king) of Thie