The Sultanate of Bintan (Darul Masyhur) is located on the island of Bintan, province Riau Islands. 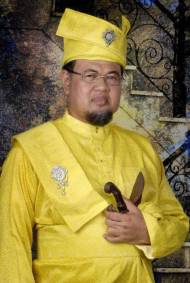 Revival of the sultanate, december 2012

The Sultanate of Bintan Darul Masyur was re-established on December 12, 2012. The return of the Sultanate of Bintan Darul Masyur is based on consensus and deliberation of zuriat and relatives of Bintan Sultanate.
Zuriat and kerabat Kesultanan Bintan decided  and validated  to appoint Haji Huzrin Hood S.H. as sultan of Bintan  with the title Sri Paduka Tri Buana.
This endorsement was accompanied by a loyal oath of the sultan’s appointment, “The people will not rebel against their King and the King will not humiliate his people.

History of  the sultanate
In the 18th century, merchants from Europe, Portuguese, Dutch and British, each other fighting for the island. At that time, the island was part of the Malay Peninsula controlled by the Johor-Riau Sultanate, which was occupied by alternated Johor (Malaysia today) and the island of Bintan (located in Indonesia today).
In 1884 the British and the Dutch signed the Treaty of London: all territories north of Singapore were given to the English, while the region south of Singapore were submitted to the Netherlands.
Since then the fate and history of the areas north and south of Singapore are separated. Singapore became the center of English trade development, while the Dutch concentrated in Jakarta and Java, left the Bintan islands. 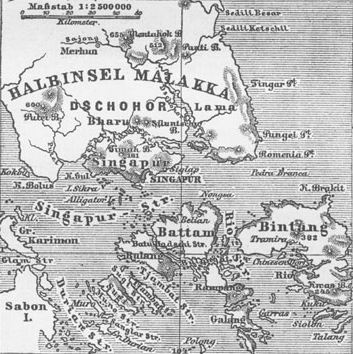