The kingdom of Waigama (Arfan clan) was a kingdom in the region Raja Empat, province of West Papua.

About the kingdom of Waigama

There is no information about this kingdom. 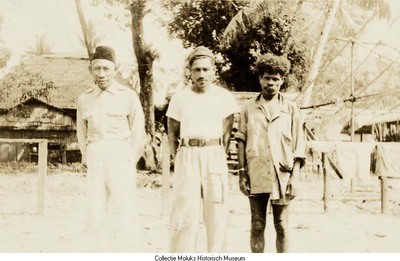 History of the kingdoms in Raja Empat

The origin of the name Raja Ampat according to the myth of the local community comes from a woman, who found seven eggs.
Four of them became princes and and each of the four became ruler of Waigeo, Salawati, Misool East and Misool West. Meanwhile, three other eggs became ghosts, a woman, and a stone.
The eggs were stored in the noken (bag) and brought home, and stored in the room.
At night they heard the sound of whispers, they were shocked when they saw in the room, that the five eggs had hatched in the form of four boys and one daughter, all dressed in clothing showing that they were the descendants of the king. Until now it is unclear, who gave names to the children, but then it is known that each child was named:

While a girl (named Pintolee), was pregnant and by her siblings Pintolee placed in a large bia (shell) skin then washed away to be stranded on Numfor Island.
One more egg did not hatch and became a stone named Kapatnai and was treated as a king and even given a room, where residing complete with two stones, that served as a bodyguard at either side of the entrance and even annually bathed and splashed water to the community as a babtisan for the tribe Kawe. Not every time the stone could be seen except once a year when bathed.
Because the community is very respectful of the existence of these eggs, they built a house on the edge of the Waikeo River as a place to stay and until now it is still object of public worship. (Source: Korneles Mambrasar).

Raja Ampat Islands was in the 15th century part of the Tidore Sultanate, a large empire based in the Maluku Islands.
To run his government, the Tidore Sultanate appointed 4 local kings to rule on the islands of Waigeo, Batanta, Salawati and Misool, which were the 4 largest islands in the Raja Ampat archipelago to date. The term of the 4 Kings in the reign of the archipelago is the beginning of the name of Raja Ampat.