The kingdom of Sekar is a kingdom of the Rumagesan Clan; located on the peninsula Onin, prov. Papua Barat. 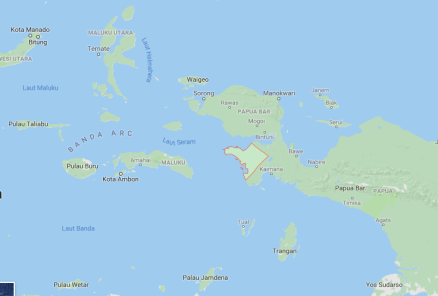 Since 700 years the kingdom of Sekar Fak Fak and other kingdoms existed on the island spreading the Islamic religion, which had strict rules in various matters, including dress.
According to Princess Al Alam Ugar Pik-Pik Sekar, Hj DR Rustuty Rumagesan, in Palembang, while attending the Nusantara VII Palace Festival in the city, said that although they are different from other kingdoms in Papua – because they have other beliefs and are covered in dress – they can live peacefully and with respect with each other.
She explains, at this time the kingdom palace is no longer in shape, because bombed during the Japanese occupation. However, various royal remains are still found in the area ranging from the place of education and of course the mosque, he said.
Rustuty added, that in the District Fak-Fak there are nine kingdoms all of which are Islam, [ie: Namatota Kingdom; The Kingdom of the Commission; Royal Fatagar; Ati-Ati Kingdom; Rumbati Kingdom; Royal Pattipi; Sekar Kingdom; The Kingdom of Wertuar; and the Kingdom of Arguni.]. Therefore, 90 percent of Fak Fak residents embraced Islam, added this princess.

Kingdoms on the peninsula Onin
.