The kingdom of Togean, founded 1762;  was located on Sulawesi, on the island of Togian, District Tojo Una Una, prov. Central Sulawesi.

The Kingdom of Togean was a sovereign and autonomous kingdom and had great and powerful power as a sign of the greatness of the kingdom. The existence of king and royal heirlooms became the source of this kingdom, it is seen from the yellow flag of 3 M in length and 1.5 M wide and has a symbol as the crown of the mountain as a symbol of royal defense and yellow bamboo clump.
The first king of the Togean kingdom was named Sari Buah, who ruled from 1762 to 1791. Togean kingdom was founded in 1762 with the capital at Benteng, the king of Togean had the title of Kolongian. The 7th king was named Zakariah (ruled 1896-1899) he tried to make friendship and cooperation, but behind it the king of Zakariah was forced to sign a submissive and subdued declaration against the colonials and willing the center of the Togean kingdom to be moved in Una-Una territory.

With the transfer of the center of the kingdom, the king of Zakariah was replaced by Muhammad Marudjeng Dg. Materru as the first king in Una-Una kingdom (1899 – 1926), then Muhammad Marudjeng Dg. Materru was replaced by Lapalege Laborahima and finally the last king in Una-Una Kingdom was Sainudin Lasahido (1946-1950). In 1951 the Una-Una kingdom was merged into the head of the Swapradja thus the royal system ended in Una-Una territory.
With the end of the period of the kings of both the kingdom of Tojo and the kingdom of Una-Una was established the Tojo Una-Una’s authority which is the former of the Tojo swapraja region domiciled in Ampana and the Una-Una swapraja domiciled in Una-Una, with the instruction of the KDH Regent Poso no. 1 year 1960 dated February 9, 1960 to prepare the kewutanaan Tojo Una-Una. 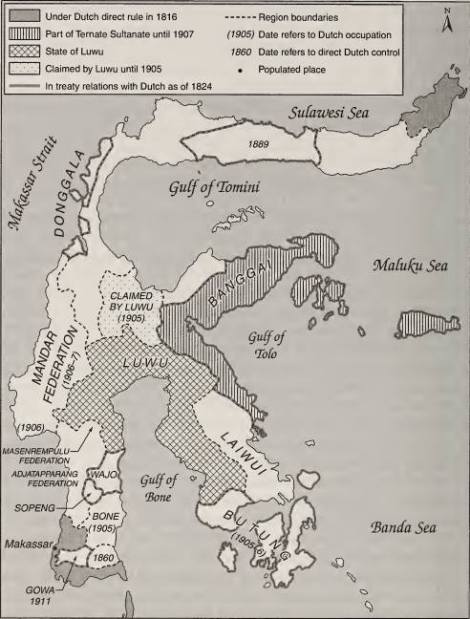