The kingdom of Karangasem Lombok (or Karangasem Sasak) was located on the island of Lombok. 1740-1838. 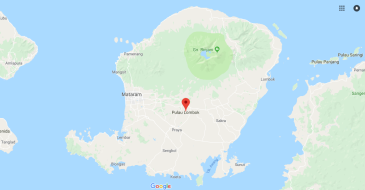 The establishment of Bali on Lombok

The rise of Karangasem Bali in Lombok – the kingdom of Singasari

The Kingdom of Karangasem Bali appointed its representative in Lombok, namely Singasari Kingdom (Karangasem Sasak). The relationship between the kingdoms was based on the principle of kinship to achieve prosperity and common interests. To strengthen this unity Singasari king founded Pura Meru in Singasari in 1774. Singasari kingdom acted as chairman in a federation government.
The royal government of Singasari (1740-1838) was successively ruled by three kings with the same title, Gusti Made Karangasem (I, II, and III). At this time there was a massive wave of movement of the people of Bali to Lombok. In running his government, for downward affairs handed over to the courtier. The collection taxes of the Sasak people was handed over to officers from the Sasak tribe. To increase the power, Singasari conquered Sekongo in 1803. Singasari considered itself more capable than the other kingdoms. The king of Singasari had four children, the eldest named Dewa Cokorda, then Anak Agung Bagus Oka, Anak Agung Bagus Karangasem and the youngest named Agung Ayu Putri married with the son of the king of Mataram. As a substitute for the king of Singasari, Dewa Cokorda was appointed by the patihnya Gusti Gde Dangin.

Pagesangan hated Singasari because almost all families of the king of Pagesangan were killed. Only one could escape to the bay of Sumbawa. When there was a seizure of territory between Penujak (including Singasari region) and Kateng village (including Mataram area), then in 1838, the king of Mataram declared war to Singasari. The revelation affects the villages of Batukliang, Kopang, Praya and Sakra.
Furthermore, the kingdom of Mataram was assisted by the kingdom of Pagesangan and Pagutan. They were also supported by Captain King, a British merchant and the captain’s ship’s was named Ismail. Karangasem Bali also brought in 6,000 troops to help Mataram. Singasari was assisted by Lange (a Danish trader) and a merchant from Scotland. In the battle, Mataram was in critical condition after the death of king Sepuh I Gusti Karangasem III in Rumak. That’s when Sakra joined Kuripan to help Mataram in pounding Singasari. Singasari Kingdom was surrounded. In this battle, the Singasari palace was burned and all the kings’ families were killed except for their two small children, a woman and a man, they were then taken to Karangasem Bali. Gusti Gde Dangkin, Patih Singasari, was killed in Pamotan. Singasari Kingdom surrendered to the Mataram kingdom in 1839. 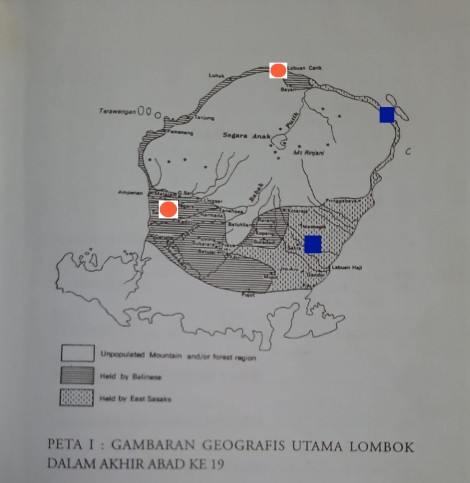