The kingdom of Lagundi Nan Baselo is located on Sumatera, prov. of West Sumatera, District Tanah Datar.
This kingdom existed from the 2nd century until the 5th century. 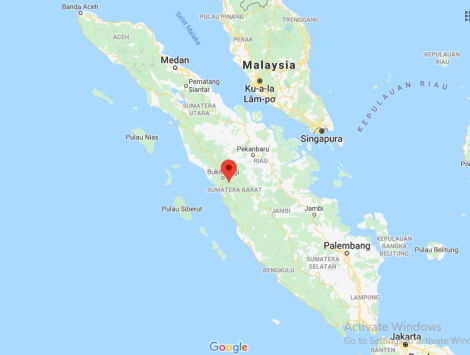 History of the kingdoms in the Minangkabau area

1) Kingdom of Pasumayan Koto Batu, which was centered in Pariangan, at the foot of Mount Merapi, approximately 3 centuries BC. The famous king was Sri Maharaja Di raja, who according to Tambo Alam Minangkabau was the son of Sultan Iskandar Zulkarnaen, who came from Egypt’s Alexandria. It was during the reign of Raja Sri Maharaja Diraja that cities and nagari (countries) were formed and each city and country had a datuk as traditional leader and they were at the same time absolute representatives of the sovereigns held by Sri Maharaja Diraja in Pariangan. His son Datuk Ketumanggungan and half-brother Datuk Perpatih Nan Sebatang and his biological mother Datuk Suri Dirajo were perfecting the custom and governance arrangements.

4) Kingdom of Dusun Tuo. Along with the Setangkai Kingdom there was also the kingdom of Dusun Tuo , which was centered in Lima Kaum, which was led by a king who had the title Datuk Perpatih Nan Sabatang. This kingdom did not last long until the 5th century, when it was united with the Satangkai Kingdom. The king was then given the title of of Gajah Gadang Patah Gadiang.

5) Dharmasraya kingdom. Along with the establishment of the Setangkai Kingdom, the Dharmasraya kingdom was also established, whose kings also came from Pariangan Padang Panjang. One of the famous kings, Tri Buwana Raja Mauliwarmadewa, married Puti Lenggogeni from the Bunga Setangkai Sungai Tarab kingdom, and gave birth to 3 children, namely, Puti Paraweswari or better known as Puti Dara Jingga, mother of King Adityawarman, Puti Indraswari or better known as Puti. Dara Petak, the mother of King Jayanegara. Raja Parameswar which is also known as Akarendrawan which in tambo is better known as Tuanku Raja Muda.