The Java War or Diponegoro War was fought in central Java from 1825 to 1830, between the colonial Dutch Empire and native Javanese rebels. It started as a rebellion led by Prince Diponegoro, a leading member of the Javanese aristocracy who had previously cooperated with the Dutch. 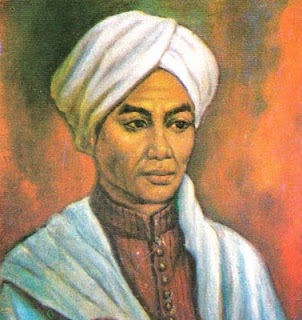 The proximate cause was the Dutch decision to build a road across a piece of Diponegoro’s property that contained his parents’ tomb. Amongst other causes was a sense of resentment felt by members of the Javanese aristocratic families at Dutch measures intended to restrict the renting out of land at high prices. Finally the succession of the throne in Yogyakarta was disputed: Diponegoro was the oldest son of Hamengkubuwono III, but as his mother was not the queen he was not considered to have the right to succeed his father. Diponegoro’s rival to the throne, his younger half brother, Hamengkubuwono IV, and then his infant nephew Hamengkubuwono V, was supported by the Dutch.

Being a devout Muslim, Diponegoro was alarmed by the relaxing of religious observance at Yogyakarta court, the rising influences of the infidel Dutch in the court, as well as by the court’s pro-Dutch policy. Among Diponegoro’s followers, the war has been described as a jihad “both against the Dutch and the murtad or apostate Javanese.”

The forces of Prince Diponegoro were successful in the early stages of the war, taking control of the middle of Java and besieging Yogyakarta. The Javanese population was supportive of Prince Diponegoro’s cause, whereas the Dutch colonial authorities were initially indecisive. The Javanese peasantry had been adversely affected by the implementation of an exploitive cultivation system, which required villages to grow export crops to be sold to the government at fixed prices.

As the Java war became prolonged, Prince Diponegoro had difficulties in maintaining the numbers of his troops. The Dutch colonial army, however, was able to fill its ranks with indigenous troops from Sulawesi, and later on with European reinforcements from the Netherlands itself. The Dutch commander, General de Kock, raised the siege of Yogyakarta on 25 September 1825.

Prince Diponegoro then began an extensive guerrilla war. It was not until 1827 that the Dutch army were able to gain the upper hand through the deployment of mobile detachments of colonial troops, based in a number of small forts located throughout central Java.
It is estimated that 200,000 died over the course of the conflict, 8,000 of them Dutch.

The rebellion finally ended in 1830, after Prince Diponegoro was tricked into entering Dutch controlled territory near Magelang, believing he was there for negotiations for a possible cease-fire. He was captured through treachery and exiled to Manado and then to Makassar, where he died in 1855. 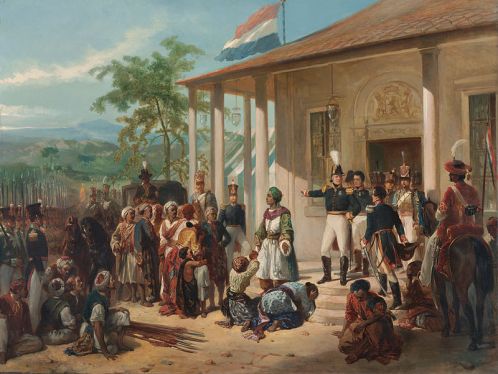