The Kingdom of Raya was a kingdom of the Simalungun People, Saragih Garingging clan; located on Sumatera, District Simalungun. Province of North Sumatera.

The kingdom of Simalungun was finally able to attend the Festival of Keraton Nusantara (FKN) XI held in Cirebon city from 15 to 19 September  2017. The three heirs of King Simalungun who came from the Kingdom of Dologsilou – clan Purba Tambak, Kingdom Raya – Saragih Garingging and Siantar Kingdom – the Damanic clan.
There was an interesting thing that happened at the Welcome Dinner which was held on Friday night (15/9/2017) to welcome all participants of Kraton Nusantara XI Cirebon Festival. Because of the new participants, there was a sense of curiosity from the people who attended to meet and take selfie photos with the kings of the Simalungun kingdom. The participation of 3 royal heirs from Simalungun at this festival is a historic moment for the royal family of Simalungun and for the people of Simalungun generally.

History of the kingdom of Raya

The first Saragih clan (Hasusuran-1) itself appeared when one of the Puanglima (Panglima) of the Nagur kingdom was made the son-in-law by the King of Nagur and then founded a new kingdom in Raya, around the area which is now called Pematang Raya. Tuan Pinang Sori was the first King to become king of Raya. The famous king of this kingdom was Tuan Rondahaim Saragih Garingging, who was brave against the Dutch, who could never be defeated by the Dutch until the end of his life. Tuan Yan Kaduk Saragih Garingging was the last and 17th king of this dynasty which ended during the bloody revolution in 1946. 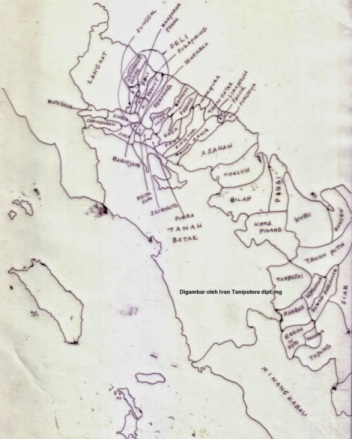 Saragih is a clan or marga from the Simalungun tribe originally from an area called Simalungun in the province of North Sumatra.
Several versions of historical sources state that the Saragih ancestors came from South India, who traveled to East Sumatra to Aceh, Langkat, Bangun Purba area, to Bandar Kalifah to Batubara.
Due to local tribal urges, they then moved to the suburbs of Toba and Samosir.
The first Saragih clan (Hasusuran-1) itself arose when one of the Panglima’s of the Nagur kingdom was made a son-in-law by King Nagur and subsequently established a new kingdom in Raya (around the area now called Pematang Raya, Simalungun).
.

The first clan of Garingging (Hasusuran-1) appeared when one of the Panglima’s of the Nagur kingdom was made a son-in-law by King Nagur and established a new kingdom in Raya (around the area now called Pematang Raya, Simalungun).

History of the kingdoms in the Simalungun area

In its history there are 3 (three) phases of kingdoms, that once ruled and reigned in Simalungun.
The first phase is the two kingdom phase (harajaon na dua):

The second phase is the phase of 4 kingdoms:

The third phase is the phase of 7 kingdoms:

This third phase begins with the actions of the Dutch government to form a government in the Simalungun region, by treating Belsuit Governor General of the Dutch East Indies Stbl. No 531 of 1906 with the arrangement of seven Kingdoms, called “Napal Kings”.