The kingdom of Bokai, capital Nusakdale. Located on the Island of Rote. Prov. Nusa Tenggara Timur.

Location of Bokai on Rote

Left: the raja-manek of Bokai. One of the last ruling Indonesia rajas, who is still alive. Sumber: Donald Tick, Facebook

History of the kingdom of Bokai

Bokai is one of 19 kingdoms on the islands of Rote; west of Timor.
Bokai used to be a rather powerful empire in the middle of the Rote, but because many wanted to fight, Allah punished dynasties with disaster.
The people are then divided into 2. One section goes south and is located more or less under the control of Manek Termanu, who is the most powerful ruler in Rote.
Bokai has then some sort of limitation in its development, which is only up to a certain number of people can live in a new and very strange area enough, always remain so.
This king really controlled Bokai 1961-1966.
He said he was a member of the old dynasty, but when the 2nd dynasty began, (they were Mardijkers, or free men), who were elite groups called free men (so not under kings), which became important , because of the service in the Dutch army, etc.

Palace of the Manek of Bokai. 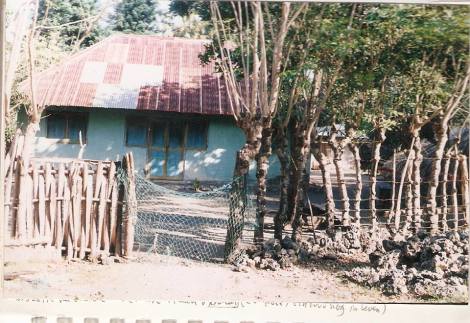