Kingdom of Sumenep / Isl. of Madura

* Foto kings and rulers on Madura: link
* Foto of the Madura People: link

History of the kingdom of Sumenep

Kadipaten Sumenep (often known as Kadipaten Madura Timur or Madura Wetan), is a monarchy that once controlled the eastern part of Madura Island (Pamekasan Regency and present-day Sumenep Regency) including the islands off the coast of the Madura Strait and the Bali Sea. The center of government is in the city of Sumenep now.

Founded in 1269 by a subordinate duke of King Kertanegara from Singhasari named Arya Wiraraja, this area was under the direct control of the Singhasari Kingdom and subsequently, the Majapahit Kingdom. In 1559, during the reign of Kanjeng Tumenggung Ario Kanduruwan, this area located in East Madura was under the full control of the Demak Sultanate and it was not until the reign of Pangeran Lor II who came to power in 1574, that the Duchy of Sumenep was under the direct supervision of the Mataram Sultanate.

In 1705, due to the Mataram agreement with the VOC, this area came under full control of the Colonial Government. As long as Sumenep fell into the territory of the Dutch East Indies government, this area was never directly governed, the Sumenep rulers were given freedom to govern their territory but remained under contractual ties that had been established by the Colonial at that time.

In the 19th century the title Sultan was given by the Colonial Government to the King of Sumenep in 1825, King of Pamekasan in 1830, and King of Bangkalan was given in 1847 the title of Panembahan. 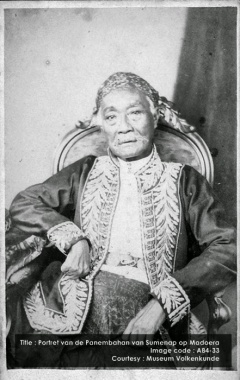 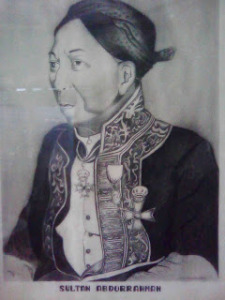 Keraton Pajagalan or better known as Keraton Songennep was built on private land owned by Panembahan Somala, ruler XXXI of Sumenep. It was Built in 1781 by the architect of the palace compound by Lauw Piango, from origin a Chinese, displaced to Semarang in 1740 because of Huru Hara in 1740.

History of the kingdoms on Madura

The history of Madura begins with Arya Wiraraja’s journey as the first Duke of Madura in the 13th century. In the Nagarakertagama book, especially in the 15th song, says that Madura Island was originally united with the land of Java, this shows that in the 1365s the Madurese and Javanese were part of the community. the same culture.

Around the year 900-1500, the island was under the influence of the Hindu kingdoms of East Java such as Kediri, Singhasari and Majapahit. Between 1500 and 1624, Madurese rulers to some extent depended on Islamic kingdoms on the north coast of Java such as Demak, Gresik and Surabaya. In 1624, Madura was conquered by Mataram.

In 1624, Sultan Agung of Mataram conquered Madura and the island’s government was brought under the Cakraningrats, a single princely line. The Cakraningrat family opposed Central Javanese rule and often conquered large parts of Mataram.

Following the First Javanese War of Succession between Amangkurat III and his uncle, Pangeran Puger, the Dutch gained control of the eastern half of Madura in 1705. Dutch recognition of Puger was influenced by the lord of West Madura, Cakraningrat II who is thought to have supported Puger’s claims in the hope that a new war in central Java would provide the Madurese with a chance to interfere. However, while Amangkurat was arrested and exiled to Ceylon, Puger took the title of Pakubuwono I and signed a treaty with the Dutch that granted them East Madura.

The Cakraningrats agreed to help the Dutch quash the 1740 rebellion in Central Java after the Chinese massacre in 1740. In a 1743 treaty with the Dutch, Pakubuwono I ceded full sovereignty of Madura to the Dutch, which was contested by Cakraningrat IV. Cakraningrat fled to Banjarmasin, took refuge with the English, was robbed and betrayed by the sultan, and captured by the Dutch and exiled to the Cape of Good Hope.

In the 19th century the title Sultan was given by the Colonial Government to the King of Sumenep in 1825, King of Pamekasan in 1830, and King of Bangkalan was given in 1847 the title of Panembahan. 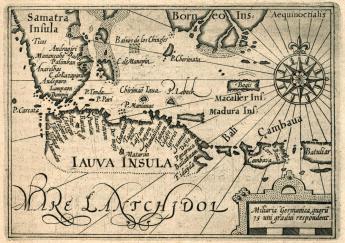