The Kingdom of Sekadau: 1550 – 1952. Located in the District of Sekadau, province of West Kalimantan.
The title of the king: Panembahan.

Line of kingdoms on Kalimantan: link

* Foto of Kalimantan in the past: link
* Foto war of the netherlands in Kalimantan, 19th century: link 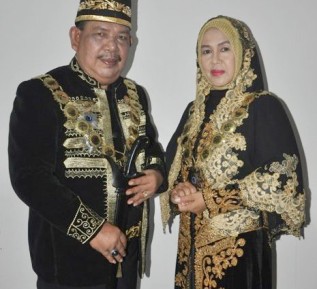 The first king of Sekadau was Prince Engkong who had three sons, namely Prince Agong, Prince Kadar and Prince Senarong. After Prince Engkong died, the kingdom was ruled by his second son, Prince Kadar.
After Prince Kadar died, the government was continued by crown prince Prince Suma.
Prince Suma was later replaced by Crown Prince Abang Todong with the title of Sultan Anum.
He was replaced again by Ipang’s elder brother Ratu who is not a descendant of the king but ascended the throne because the next crown prince is not yet mature enough.  After the crown prince was adult, he was crowned  with the title of Sultan Mansur.
The Sekadau Kingdom was later transferred to Gusti Mecca with the title Panembahan Gusti Mecca Kesuma Negara because the next crown prince, ie Abang Usman, was immature.  Abang Usman then brought his mother to Nanga Taman.  After the reign of Panembahan Gusti Mekah Kesuma Negara,Panembahan Gusti Akhmad Sri Negara was crowned. By the Dutch colonists, the Panembahan  and his family were later exiled to Malang.

Panembahan Haji Gusti Abdullah was later appointed with the title of Prince Mangku as the vice-minister.  He was also invited to inhabit the palace.  Not long after his coronation, Prince Mangku died.  He was later replaced by Panembahan Gusti Akhmad, then Gusti Hamid.  The next King of Sekadau was Panembahan Gusti Kelip.  In 1944 Gusti Kelip was killed by Japanese invaders. The Japanese then appointed Gusti Adnan as the ruler of the Sekadau kingdom with the title of Prince Agung, he came from Belitang.

There are 2 lists of kings

* After Pangeran Kadar died, the kingdom was continued by his son crown prince Pangeran Suma. The capital of the kingdom was moved to kampung Sungai Bara. Also in this time the dutch came to Sekadau. 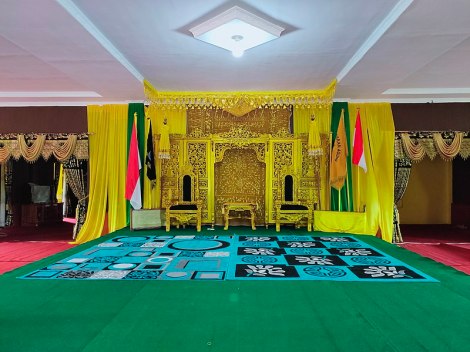