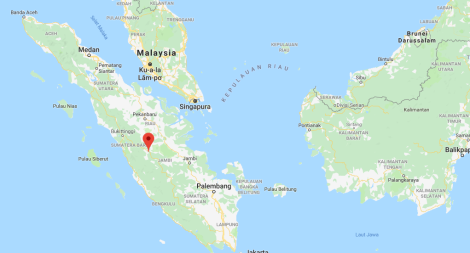 * Foto kingdom of Koto Besar: below 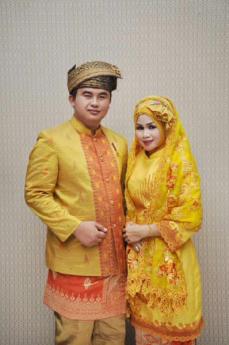 History of the kingdom of Koto Besar, 17th century

The Kingdom of Koto Besar is thought to have existed since the end of the 17th century AD. Koto Besar developed together with other areas in the former territory of the Dharmasraya Malay Kingdom (Swarnabumhi). These areas were small kingdoms, that were Islamic and affiliated with the Pagaruyung Kingdom.

Currently, the Kingdom of Pagaruyung is led by Raja Alam Sutan Muhammad Taufik Thaib. While the throne of Koto Besar is held by Sutan Riska Daulat Yang Dipertuan Sri Sultan Maharaja Diraja.
Sutan Riska was appointed six months ago (2013) to replace the previous king, who died (this paper May 25, 2013). Except the King, there are 16 datuak. Each consists of 4 datuak in Koto Besar, 4 datuak in Bonjol, and 8 datuak in Abai Siat.

The king and queen of Koto Besar among their people. 2014