Location of the city of Malang

The eastern sub-area of ​​Malang City on the slopes and valleys of Mount Malang (Buring) had since the X century AD developed into an urban area with a socio-cultural system, that regularly and fairly advanced in his era. That condition was a  factor to choose Kabalon as the center of government (kadatwan) of the vazal-kingdoms (nagari) during the Majapahit era of Hayam Wuruk government. There were two vazal kingdoms of Majapahit in the eastern region of Gunung Kawi (read “Malangraya”), namely: (1) Nagari Kabalan, and (2) Nagari Tumapel.

Location of the kingdom of Kabalan

The Majapahit empire was a continuation of Singhasari, comprised of certain areas in the eastern and central parts of Java. This area was ruled by the uparaja called Paduka Bhattara who was titled Bhre or “Bhatara i”. This title was the highest title of royalty. Usually this position was only for kin close relatives. Their job was to manage their kingdoms, levy taxes, and send tributes to the center, and manage defenses at the borders of the regions they lead.
During the reign of Hayam Wuruk (1350 s.d.1389) there were 12 areas in Majapahit, which were run by close kin of kings. The hierarchy in the classification of territory in the Majapahit kingdom is known as follows. 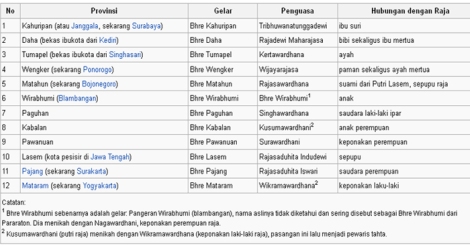