This kingdom was located in the middle of western Java. At the beginning of its establishment the kingdom was a  vasal of the kingdom of Tarumanagara (358-699) while later it became under the rule of the Sunda Kingdom.

In further development, especially after Tarumanagara was divided into two, the Wanagiri Kingdom became part of the Indraprahasta Kingdom. The king who ruled the Kingdom of Wanagiri was then named Duke of Kosala. He was the husband of Ganggakirana (the youngest daughter of Padmahariwangsa / king of 13th Indraprahasta). 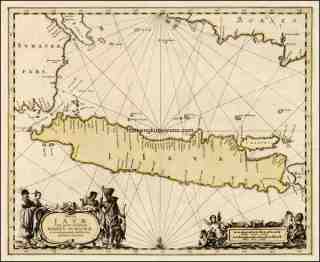