The kingdom of Selaparang was located on the island of Lombok, prov. West Nusa Tenggara.
This kingdom existed in 2 periodes: in the 13th century and in the 16th century.

Lokation of Selaparang on Lombok 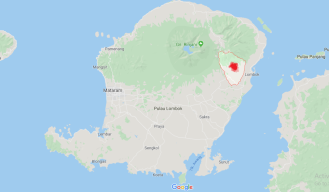 About the heir of Selaparang

History of the kingdom of Selaparang

In the 9th century until the 11th century existed Sasak Kingdom, which was later defeated by one of the kingdoms coming from Bali at that time. Some other kingdoms that existed on the island of Lombok are Pejanggik, Langko, Bayan, Samarkaton and Selaparang Sockong.
Selaparang Kingdom itself appeared in two periods, namely in the 13th century and the 16th century.
The first kingdom of Selaparang was the Hindu kingdom and its power ended with the arrival of the Majapahit Kingdom expedition in 1357.
The second Selaparang kingdom was the Islamic empire and its power ended in 1744 after being conquered by the combined forces of the Kingdom of Karangasem of Bali and the Getas Arya Banjar. 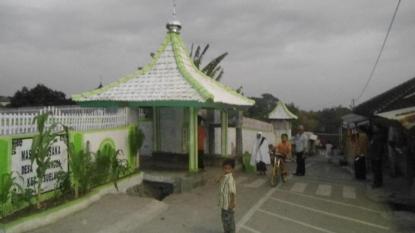 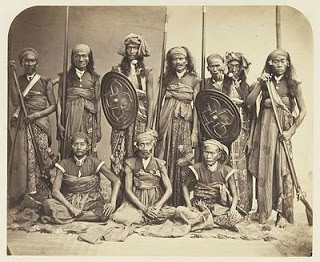 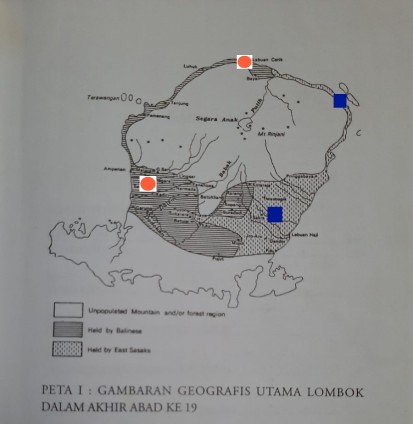 Entrance of Islam on Lombok

Prior to the entry of Islam, the people who inhabit Lombok consecutively believed animism, dynamism and then Hinduism. Islam first entered through the “wali” of the island of Java, namely sunan Prapen in about the 16th century, after the collapse of the Majapahit kingdom.
In conveying the teachings of Islam, the wali’s did not necessarily eliminate the old habits of people, who still embraced the old faith. There was even acculturation between Islam and the culture of the local community, because the spreaders were using local customs to facilitate the delivery of Islam. The religious teachings of that day were rewritten in Old Javanese. Even the shahadah for the Wetu Telu followers was accompanied by a sentence in Old Javanese. In those days, those who were required to perform the worship. were the kiai.When the kingdom of Lombok was led by king Rangkesari, Prince Prapen, son of Sunan Ratu Giri, came to Islamize the kingdom of Lombok. In Babad Lombok is mentioned, this Islamic is an effort of Raden Paku or Sunan Ratu Giri from Gersik, Surabaya who ordered the kings of East Java and Palembang to spread Islam to various regions in the archipelago. The process of Islam by Sunan Prapen got a lively result, until several years later the whole island of Lombok embraced Islam, except for some places that still retain the old customs. 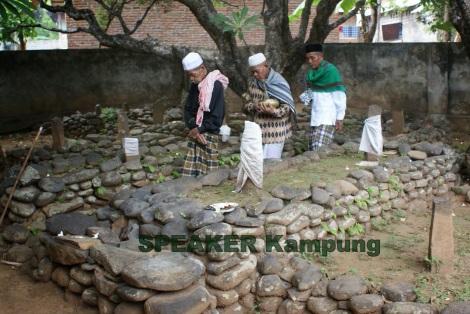 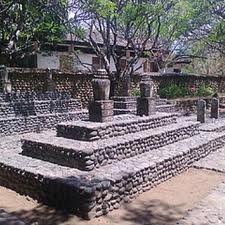 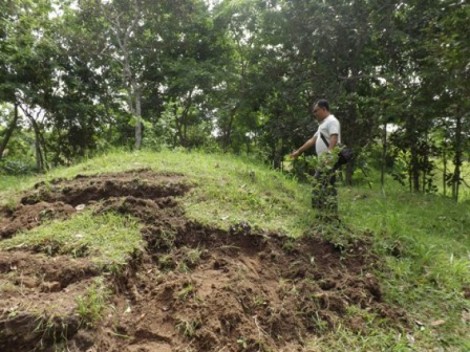 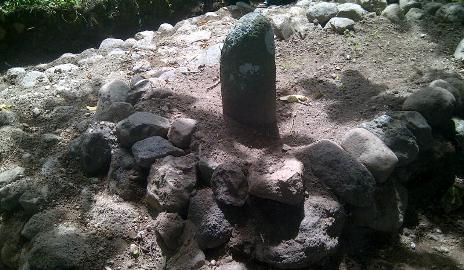 Grave in Lendang Nangka, supposed to be the grave of a crown prince