The kingdom of Sonbai Besar was located on the island of Timor, District Kupang, prov. Nusa Tenggara Timur.
In 1657 the rulers of Sonbai were taken captive by the Portuguese, and in 1658, a sizeable part of Sonbai’s population fled to Kupang under the leadership of the executive Regent of the Oematan family, Ama Tomananu. This was the beginning of the split into two, Sonbai kECIL and Sonbai Besar. 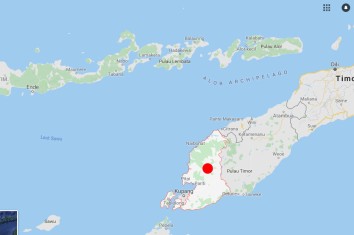 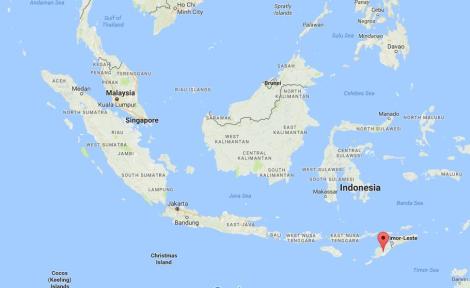 History of the kingdom of Sonbai Besar

Sonbai Besar or Greater Sonbai was an extensive princedom of West Timor, in present-day Indonesia, which existed from 1658 to 1906 and played an important role in the history of Timor.
The origins of the princedom are intimately connected with the struggle between the Dutch and the Portuguese for mastery of the island. The united Sonbai (Sonba’i, Sonnebay) realm, the traditionally most prestigious polity among the Atoni people of West Timor, allied with the Portuguese in 1649-1655, and then with the Dutch East India Company (Vereenigde Oost-Indische Compagnie or VOC) in 1655-1658. After a series of defeats at the hands of the Portuguese Eurasians or Topasses in 1657-1658, Sonbai broke up in two parts: Sonbai Kecil and Sonbai Besar. One group migrated to Kupang where the Dutch had their base, where they formed the Sonbai Kecil princedom. Another group, Sonbai Besar, stayed in the inland of West Timor under Portuguese surveillance.

The relation between Sonbai Besar and its new Dutch suzerain turned to become conflict-ridden. Alfonso Salema was deposed and exiled by the VOC in 1752 on suspicion of treason, and in 1782 his grandson Alphonsus Adrianus established his authority in the inland independently of the Europeans. After his death in 1819 his son and successor Nai Sobe Sonbai II had great difficulties maintaining his position, and slowly had to assemble power anew under a long and troubled rule (1819-1867). There was an open state of warfare with the Dutch in Kupang in 1847-1850 and 1855-1857, without the colonial authorities being able to come to grips with the emperor. After his decease the Sonbai Besar realm began to dissolve, this time irreversably. Miomaffo, Mollo and the lordships of Fatuleu made their own contracts with the Dutch colonial authorities. The last emperor, Nai Sobe Sonbai III (r. 1885-1906) was little more than a pretender. After an incident he was pursued and captured by a Dutch troop in early 1906. Nai Sobe Sonbai III was banished to Sumba and later died on Timor in 1922. In modern West Timor he is considered an anti-colonial hero and is honoured with a monument in central Kupang. 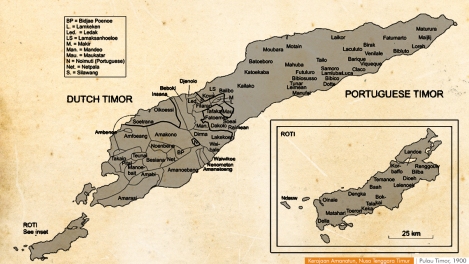 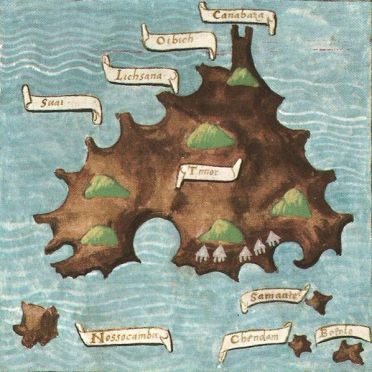