.The Sultanate of Aceh / Sumatera 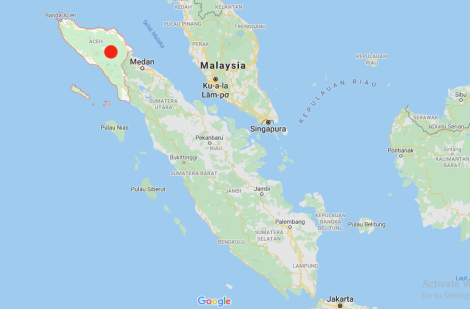 About the royal family

Last Sultan:
Sultan Muhammad Daud Syah Johan Berdaulat, reigned in 1874-1903.
He was then exiled by the Dutch East Indies to Ambon and finally moved to Batavia until his death on February 6, 1939.

There are still members of the royal family: click here

The Sultanate of Aceh, officially the Kingdom of Aceh Darussalam (Acehnese: Keurajeuën Acèh Darussalam; Jawoë: كاورجاون اچيه دارالسلام), was a Sultanate centred in the modern-day Indonesian province of Aceh. It was a major regional power in the 16th and 17th centuries, before experiencing a long period of decline. Its capital was Kutaraja, the present-day Banda Aceh.
At its peak it was a formidable enemy of the Sultanate of Johor and Portuguese-controlled Malacca, both on the Malayan Peninsula, as all three attempted to control the trade through the Strait of Malacca and the regional exports of pepper and tin with fluctuating success. In addition to its considerable military strength, the court of Aceh became a noted centre of Islamic scholarship and trade.

Aceh’s early history is unclear, but in one version it was founded by the Cham people.
The ruler of Aceh converted to Islam in the mid-15th century.
Aceh saw itself as heir to Pasai, the first Islamic state in Southeast Asia, and succeeded Islamic missionary work of Malacca after it was conquered by the Roman Catholic Portuguese. It was called the “porch of Mecca,” and became a centre of Islamic scholarship, where the Qur’an and other Islamic texts were translated into Malay. Its notable scholars included Hamzah Pansuri, Syamsuddin of Pasai, Abdurrauf of Singkil, and the Indian Nuruddin ar-Raniri.

Aceh gained wealth from its export of pepper, nutmeg, cloves, betel nuts, and, once it conquered Pahang in 1617, tin. Low interest rates and the use of gold currency strengthened its economy. It was always somewhat fragile economically, however, because of the difficulty in providing enough surplus food to support the military and commercial adventures of the state. As Aceh lost political cohesion in the 17th century, it saw its trading importance yielded to the Dutch East India Company, who became the dominant military and economic power in the region following the successful siege of Malacca in 1641.

Britain, was guarding the independence of Aceh to keep it out of Dutch hands, re-evaluated its policy and concluded the Anglo-Dutch Treaty of Sumatra, which allowed for Dutch control throughout Sumatra in exchange for concessions in the Gold Coast and equal trading rights in northern Aceh. The treaty was tantamount to a declaration of war on Aceh, and the Aceh War followed soon after in 1873, with the Dutch making the unfounded excuses that Aceh was sponsoring piracy and preparing to conclude a treaty with the United States.

Sultanate of Aceh during the reign of Sultan Iskandar Muda, 1608-1637. 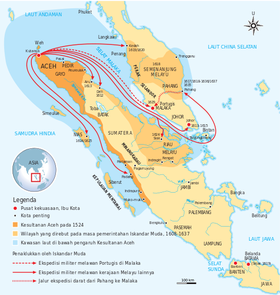 The Aceh War, also known as the Dutch War or the Infidel War (1873–1904), was an armed military conflict between the Sultanate of Aceh and the Kingdom of the Netherlands which was triggered by discussions between representatives of Aceh and the United States in Singapore during early 1873. The war was part of a series of conflicts in the late 19th century that consolidated Dutch rule over modern-day Indonesia.

The campaign drew controversy in the Netherlands as photographs and accounts of the death toll were reported. Isolated insurgencies continued as late as 1914 and popular resistance continued into the World War II era.

General Van Heutsz was considered a hero, named the ‘Pacifier of Aceh’ and was promoted to become governor-general of the entire Dutch Indies in 1904. A still-existent monument to him was erected in Amsterdam, though his image and name were later removed, to protest his violent legacy. The Dutch establishment defended its actions in Aceh by citing a moral imperative to liberate the masses from the oppression and backward practices of independent native rulers that did not meet accepted international norms. The Aceh War also encouraged Dutch annexation of other independent states in Bali, Moluccas, Borneo and Sulawesi between 1901 and 1910.

Colonial influence in the remote highland areas of Aceh was never substantial, however, and limited guerrilla resistance led by religious ulema persisted until 1942. Unable to dislodge the Dutch, many of the ulema gradually discontinued their resistance. The region of Gayo remained a centre of resistance as late as 1914. One intellectual Sayyid Ahmad Khan advocated discontinuing the “jihad” against the Dutch since the term was used to define military warfare against religious oppression. 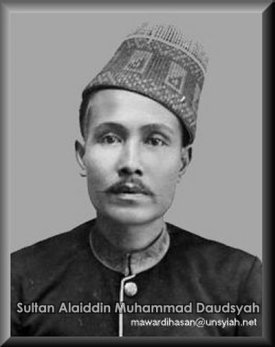