The kingdom of Old Mataram or Medang: 752 – 1045. Located on central Java.
This kingdom was founded in Central Java in the 8th century, then moved to East Java in the 10th century. The kings of this kingdom left a lot of historical evidence in the form of inscriptions scattered in Central and East Java, and built many temples, both Hindu and Buddhist. The Medang Kingdom finally collapsed at the beginning of the 11th century.

The Medang or Mataram Kingdom was a Javanese Hindu–Buddhist kingdom, that flourished between the 8th and 10th century. It was based in Central Java, and later in East Java. Established by King Sanjaya, the kingdom was ruled by the Sailendra dynasty.
The Mantyasih inscription of 907 (Dyah Balitung) states clearly, that the first king of the Kingdom of Medang (Rahyang ta rumuhun ri Medang ri Poh Pitu) was Rakai Mataram Sang Ratu Sanjaya.
Sanjaya itself issued Canggal inscription in 732, but does not mention clearly what the name of his kingdom.
During most of its history, the kingdom seems to rely heavily on agricultural pursuit, especially extensive rice farming, and later also benefited from the maritime trade. According to foreign sources and archaeological findings, the kingdom seems to be well populated and quite prosperous. The kingdom had developed a complex society, they had a well developed culture and had achieved a degree of sophistication and refined civilization.
In the period between the late 8th century to the mid 9th century, the kingdom saw the blossoming of classical Javanese art and architecture, testified by the rapid growth of temple construction dotted the landscape of its heartland in Mataram (Kedu and Kewu Plain). The most notable temples constructed in Medang Mataram are Kalasan, Sewu, Borobudur and Prambanan temples.
Beginning of the 11th (about 1006) century Srivijaya forces attacked and destroyed the Medang Palace, killing Dharmawangsa and most of the royal family.
Source: Wiki

In the list above only Sanjaya wears the title of Sang Ratu, but the kings later all have the title of Sri Maharaja.
– Source: Wiki

Temples of the kingdom of Mataram Kuno

Inscriptions of the kingdom of Mataram Kuno 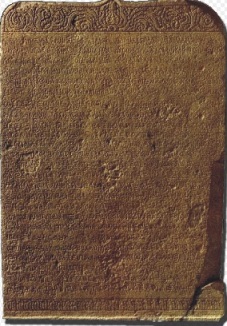