The kingdom of Sran Eman Muun was located on prov. Papua Barak, District Fak Fak. This kingdom existed from the 12th century. 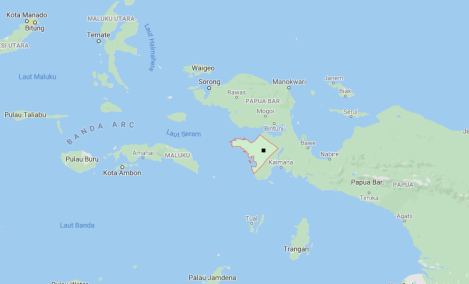 The kingdom of Sran Eman Muun is estimated to exist around the beginning of the 12th century. Since its establishment, this kingdom had moved three times the government center from Weri / Tunas Gain in the area of Fak-Fak Regency, then moved to Borombouw on Adi Island of Arafuru sea waters of Kaimana Regency.
In the period from 1498 to 1808, there was the Hongi War and divisions within the royal family so that Nduvin, King Sran Kaimana IV in 1808, moved the capital to the present-day Sran Kaimana. The Kingdom of Sran Eman Muun was then split into a number of small kingdoms in Kaimana to Fak-Fak, for example, through marriage of royal families such as the Namatota Kingdom on Namatota Kaimana Island.