The kingdom (Kedatuan) of Sokong is located on north Lombok. Existed in the 14th century. 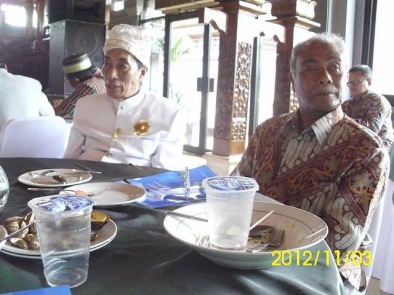 History of the kingdom of Sokong, 14th century

The naval admiral Majapahit Empu Nala made in 1343 an expedition to Lombok, via North Lombok and and further to the east to Sumbawa and Sulawesi. During the government of Ratu Ramadha Wardani (Majapahit), Maha Patih Gajah Mada conducted an inspection to Lombok to carry out his Sumpah Amukti Palapanya in 1352 (source of the Manggala Charter). Sokong is also known as the central region known as the Central Lombok at that time.
Kedatuan Sokong was centered in Dusun Selelos/Bebekek located in Gangga District. In its development Kedatuan Sokong was divided into two parts: “Sokong Belimbing”, and “Kembang Dangar”.
Gajah Mada continued the trip to the west, to the Dipak (Sungai Keluak in Sokong village now), Ampenan, Perigi (Gerung), Sedau (narmada). Teros (east Lombok), Sumbawa Island as recorded in the Kertagama. Throughout the journey Gajah Mada inaugurated the establishment of kedatuan such as:
1- Kedatuan Selaparang
2-Kedaro
3-Batu Dendeng
4-Teros
5-Sumbawa
6-and others.