The kingdom of Lamahala was located on the island of Adonara, District Flores Timur, Prov. Nusa Tenggara Timur. 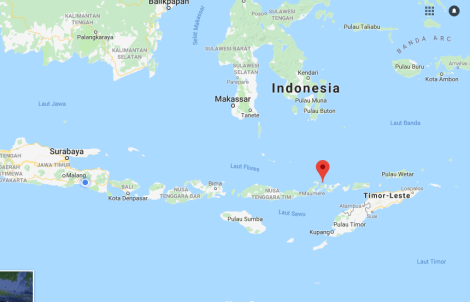 * Foto’s of kingdoms on Adonara: link

Head of the dynasty of kings of the kingdom of Lamahala, King Muda H Adnan Sangaji. Foto 2017 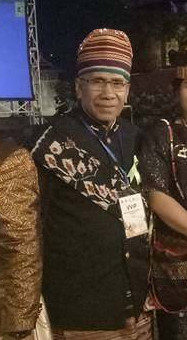 History of the kingdoms on the island of Adonara

– Video history of the kingdoms of Nusa Tenggara Timur: link

Local history on Adonara is documented from the 16th century, when Portuguese traders and missionaries established a post on the nearby island of Solor. By that time Adonara and the surrounding islands were ritually divided between a population of coastal dwellers known as Paji, and a population mainly settling the mountainous inland called Demon.
The Paji were susceptible to Islam, while the Demon tended to fall under Portuguese influence. The Paji areas on Adonara contained three principalities, namely Adonara proper (centered on the north coast of the island), and Terong and Lamahala (on the south coast). Together with two principalities on Solor (Lohayong and Lamakera), they constituted a league called Watan Lema (“the five shores”).
The Watan Lema allied with the Dutch East India Company (VOC) in 1613, confirmed in 1646. The Adonara principalities had frequent feuds with the Portuguese in Larantuka on Flores, and were not always obedient to the Dutch authorities. In the course of the nineteenth century, the ruler of Adonara (proper) in the north strengthened his position in the Solor Archipelago; by then, he was also the overlord of parts of eastern Flores and Lembata. The Demon areas stood under the suzerainty of the principality of Larantuka, which in turn was under Portuguese rule until 1859, when it was ceded to the Netherlands. The principalities of Larantuka and Adonara (proper) were abolished by the Indonesian government in 1962. 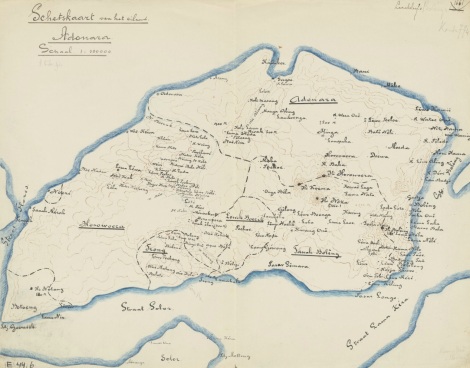 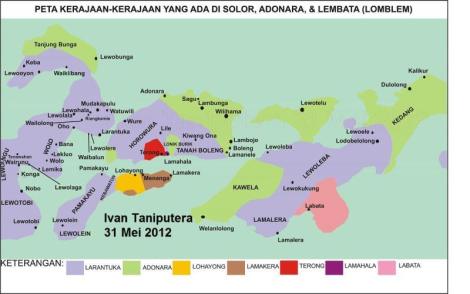 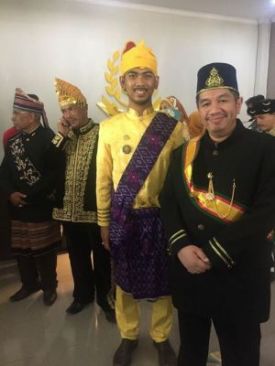 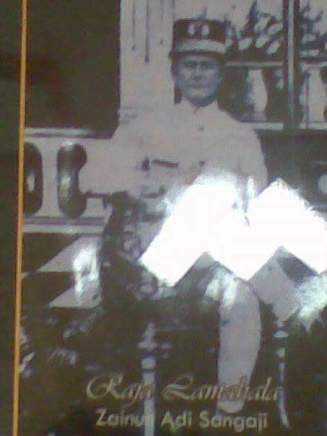