The kingdom of Bangkala was located on Sulawesi, prov. Sulawesi Selatan, District Jeneponto. Founded in the 16th century. 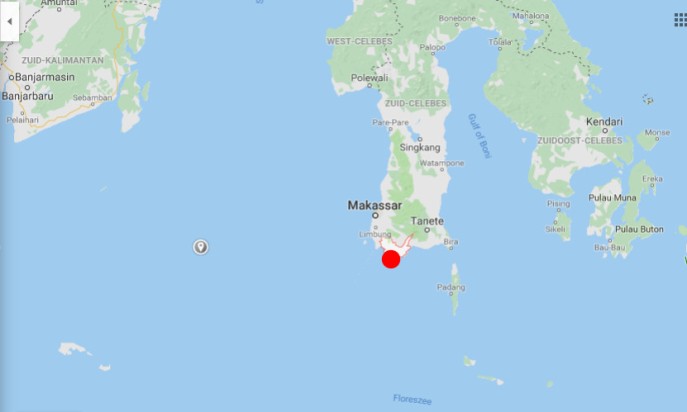 History of the kingdom of Bangkala, 16th century

In ancient times Jeneponto there was a large local kingdom, which was independent and 3 major kingdoms: Arungkeke, Binamu, Tarowang and Bangkala.

The kingdoms of Arungkeke, Tarowang, and Bangkala, were separate kingdoms that were autonomous like the kingdom of Binamu in Butta Turatea. They did not supervise each other, but still interacted and shared with each other due to the factors of similarity in language, culture, traditions and customs with each other.

Little is known about the history of Bangkala or Binamu, both of which have not been properly surveyed by archeology. Nevertheless, we can partially reconstruct the origins and development of these two regions from several sources.

From the evidence presented by these sources, we can conclude, that in the 14th century, the agricultural settlements that were scattered in the valleys of the four main rivers of Jeneponto from west to east, Topa, Allu, Tamanroya and Jeneponto, had converged to form small government units. The establishment of these governmental units was linked to the spread of organized and intensified wet rice farming, a link also seen in much of the lowlands of South Sulawesi in the 14th century (Macknight 1983; Caldwell 1988).

Family tree of the kings